Where do we come from?

Since we are lying kind of low at the moment. I thought I would share where we come from since we have met so many new people this summer. I have also noticed that a lot of RV'ers with the state maps on the sides of their RV's don't have Minnesota and North Dakota on them.

We come from the land of 10,000 lakes. And yes, I do believe there are 10,000 lakes here. Our town we claim as home now is Fergus Falls. A little dot in West Central Minnesota. Minnesotans say that there are 2 Minnesota's. You have the 6 county area around Minneapolis/St. Paul and then you have everything else. I am glad that we come from the second part.

Fergus Falls biggest claim to fame is that it was home to Minnesota's third state hospital for the insane. A real insane asylum. 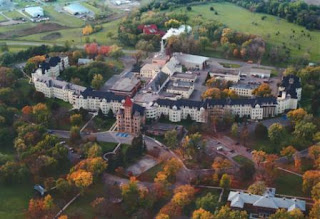 This place is huge and abandoned now. Ghost Hunters have gone in there and have found evidence that it is still haunted. It opened in 1890 and closed in 2005. 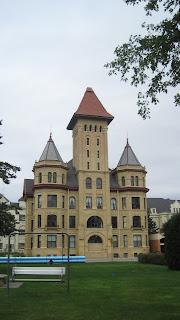 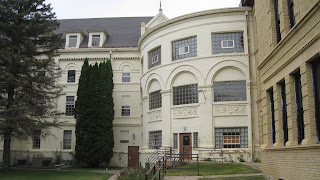 This is what it looks like today. Walking around the grounds was a little spooky. I felt like I was being watched. The doors are all locked and the windows that are broken are boarded up. I guess they do ghost tours around Halloween and I would like to some day go in there and get the crap scared out of me.

Fergus Falls sits in Otter Tail County. So they have a giant otter in the park. 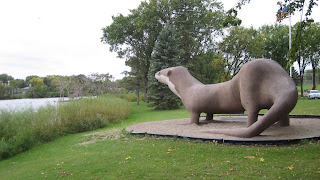 Driving around the area you will see many lakes and rivers. 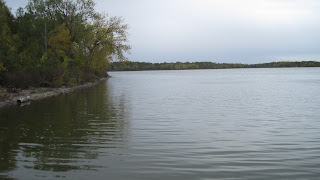 This time of year the harvest is in full swing. The leaves are starting to change. We have sumac that turns a deep vibrant blood red. 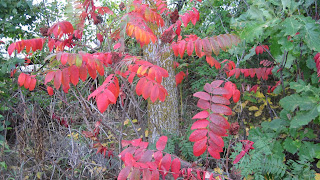 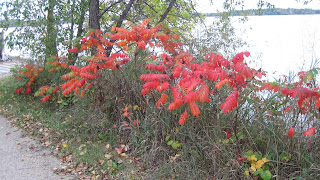 The maple trees turn a beautiful orange. But I didn't get a photo of one. Small town churches are everywhere. This area is heavily populated by Scandinavians who are primarily Lutheran. 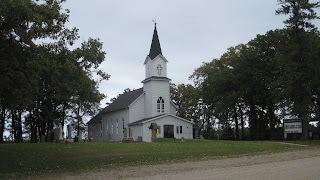 Wherever there isn't a lake, there's farmland. These farmers needed to get their crops to market. So grinding mills sprung up everywhere at the turn of the century. At one point there were 1,000 mills in the state. Near Fergus Falls we have Phelps Mill. It no longer works but it has been restored and is a very interesting stop. 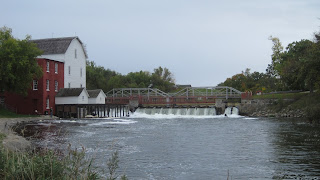 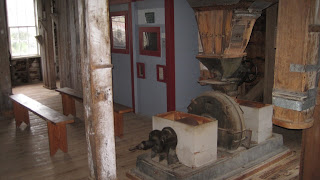 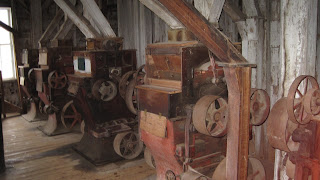 The machinery for grinding the wheat into flour is still inside. 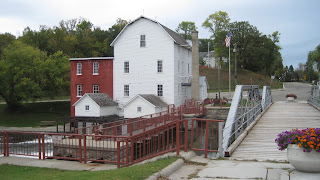 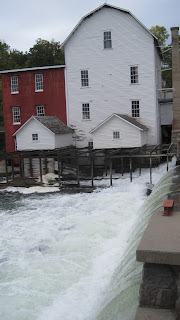 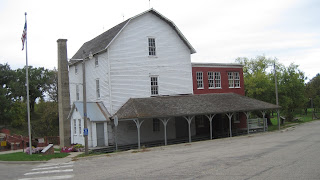 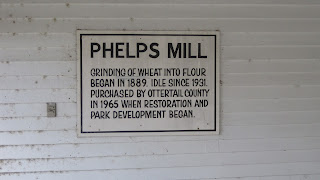 We do get all four seasons here. Each has its own special attributes. It sounds so perfect. I can hear you all saying that now. Why would we want to leave? Here's why. 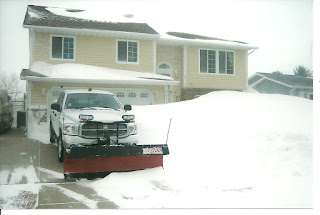 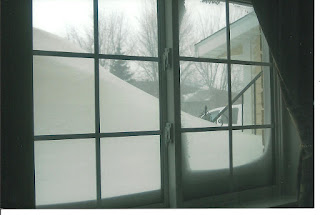 The winters are brutal. Below zero temps weeks at a time. Snow and wind. You are stuck inside your house for months. You get so cold that your back hurts because your muscles are so tense. That snow plow was the best purchase I have ever made. I sure became popular in the neighborhood. 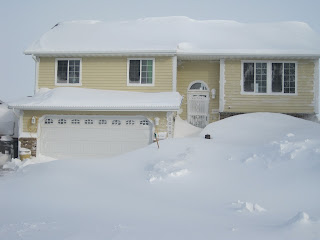 So when all my Florida friends get all giddy about some snow, this is what I think about and it makes me shiver.

That's it folks. It is getting cool here so that means that it is time to start heading south.

Well we did it! We finished our commitment in Yellowstone National Park. So now I would like to give you my two cents worth on the whole ordeal. So take it for what its worth.

What can I say, the park is beautiful. We are very lucky to be able to have lived inside a national park for 3 months. Some areas are over crowded like Old Faithful and Norris, but where we were, it was less crowded. Sure there were people, after all it was the 100th anniversary of the park service this year. Last year they had 4.4 million visitors. They expected to exceed that number this year. We had plenty of animal sightings. Bears, badgers, elk, bighorn sheep, mountain goats, antelope, fox, coyotes and of course hundreds of stupid bison.


From a workamping aspect, the job was okay. This company we worked for is Delaware North. they run the general stores in the park. Our salary was $8.25 an hour. Not high by any means, but it was okay. They also charge you for your camp site. $16.00 a person per week. They also charge for your electricity. They may attract more work campers if they got rid of the lot rent. The job itself is not hard. We were cashiers. After the newness wore off it was petty tedious.

The area of the park that we were at is very isolated. No TV, radio and the cell service was very poor at best. We would probably choose a different part of the park to work in next time. But some people like the isolation. The living with bears as neighbors.

The best part of this lifestyle is that we meet so many nice and friendly people. Yellowstone was no exception. Everyone pulled together and did more than what was asked of us because from the very beginning we were short handed. The slackers were weeded out early. There were injuries and family emergencies that people had to leave for. What really impressed me was the young people that worked in our store. We had a group of Taiwanese students who we referred to as the "kids", and one young woman from Idaho. They were all so hard working and had amazing attitudes. It was very interesting to learn about Taiwan.


I have to apologize for not getting every ones picture before we left. There where more people than this, but these are the ones we ended up working the most with. I wanted to share this also. The Taiwanese kids come here to work without cars. So to explore the park they either have to sign up for tours or hitchhike. At night we don't like to let them walk up the hill to the dorms because of the bears. So one night we gave 5 kids a ride home in our Jeep. That was 7 people stuffed inside our little Jeep. Everyone had fun squeezing in there.

So all in all it was a very good experience for us. We would do it again when we happen to be out west sometime in the future.