Into The Frozen Wastelands We Go.

It is nearly Christmas time again. So you know what that means to us? It means, leave the sunny warm weather behind like dumbass's, travel 1700 miles north like dumbass's, to where it is below zero every day and freeze your dumb ass's off. And that is exactly what we did.

We left Florida last Sunday. To make things a little more interesting, I got sick on Saturday so Lisa ended up driving the most on Sunday. I did get us through Atlanta though. 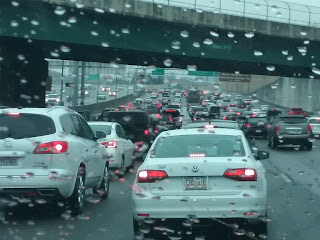 That was miserable. We stopped halfway in Elizabethtown KY. We had a "It's a small world" episode when we checked in to our hotel for the night. I booked a room on Trivago so when we walked in to the lobby there was a guy working there who we had worked with in Yellowstone 2 years ago. Tyler was his name. He was the one who bought my scooter and then I had to re-possess it.

We got an early start on Monday and drove straight through to our super secret undisclosed Christmas location. The weather was nice so we just went for it. I quarantined myself to the basement for Tuesday and Wednesday because I didn't want to get Lisa's mother or grandfather(who is 100) sick. Thursday I was feeling better and we went to Wallyworld to do some last minute shopping. Now the vehicle we drove north in was Big Red. Big Red is a spoiled Florida car that knows nothing about the harsh cold winters of Minnesota. So when we got out of Wallyworld it committed suicide. We called our Good Sam Roadside Assistance and they had us towed to the dealer. 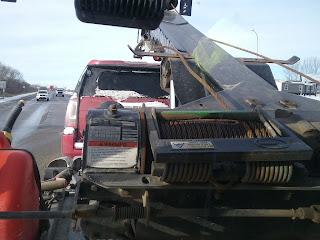 Big Red had a heart transplant and was back on the road again in a matter of hours. It still is not happy up north. Like all cars up here it will change colors on you. It is a very deep red color. Now it is grey from road salt and once the weather gets below zero, the car washes close. Lisa's dad would be rolling over in his grave if he saw the way his car looked now. Sorry LaRay. 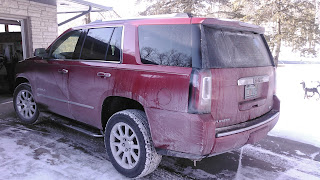 When we were in Florida we would laugh at the weather people on TV talking about arctic cold fronts on the way and wind chill advisories for Florida. It was funny. This is the weather here in Minnesota for the next few days. I will do highs/lows for each day. Today, Saturday, is the warm day. 18 for a high and 7 for the low.Then it gets chilly, Sun. 10/-14, Mon. -7/-16, Tues. -4/-15, Weds. 2/-5, Thurs. 11/-3, Fri. 2/-22, Sat. -6/-20. That is actual air temps without the wind chill factor added into them. Did you notice a lot of negative signs. Friday and Saturday nights are pretty cold. As my father would say, "It's so cold it would freeze the balls off a brass monkey". I am guessing that that is cold.

So again when people ask us would we like to live here again, it is pretty easy to say "NO!"
Posted by MNdrifters at 12:47 PM 10 comments: 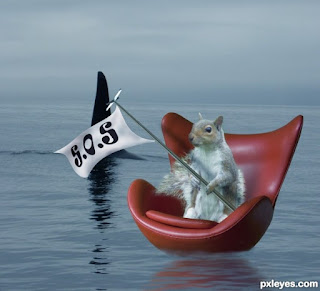 No, we are not sinking in the middle of the ocean. I thought that since things were a little settled in our lives at the moment I would share my recipe for "Sh*t on a Shingle" or S.O.S. for short. This meal has been made by the military for ages and to prove that I know what I am talking about I will share some of my background.

To start with I enlisted in the Air Force in 1982 during the Cold War. We watched Berlin "Tear Down These Walls".
During the 90's, President Clinton declared a war on drugs. So our unit was deployed to Panama the country, not Panama the city to track down drug boats in the ocean.
After that war was over and America's drug problem ended (NOT) 9/11 happened. President Bush declared a war on terror, so our unit was tasked to fly combat air patrols over American soil.
So I know a thing or two about making S.O.S. Keep in mind that there are many variations of this but I am going to concentrate on mine and I will include some of those variations. It really is a recipe that you can make your own and there is not really a wrong way to make it.

I like mine on the spicy side. So I start with a hot spicy pork sausage. This sausage you can only get in the south. Up north I will use Jimmy Dean Hot. 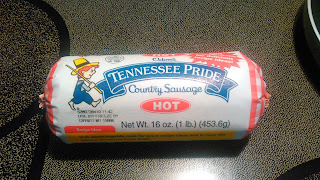 If you want it less spicy you can use a normal sausage or even turkey sausage. I brown that up adding black pepper (love black pepper) chopped onions and a heaping teaspoon of minced garlic. 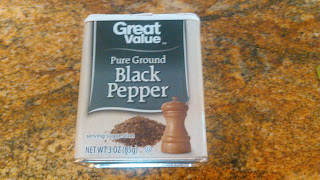 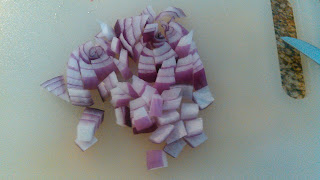 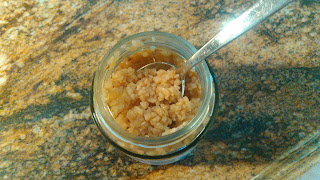 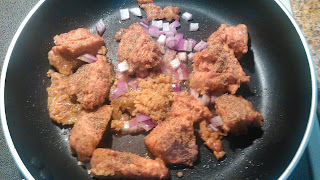 If I have to use turkey sausage I will add chilli powder and Tabasco sauce. Once it is browned I will add Tabasco anyways because it is really good when you can sweat when you eat. 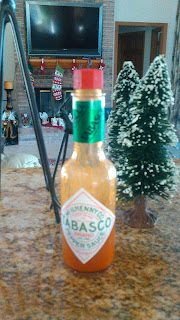 Once the meat is browned, 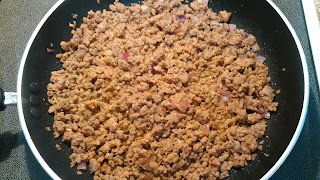 turn down the heat a little bit and then add a couple of cups of milk. 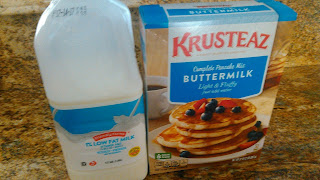 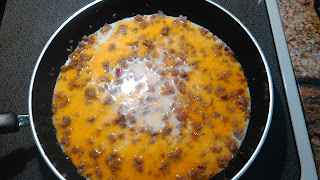 Now my secret ingredient is using Krusteaz pancake mix. Just start adding it slowly so that it doesn't lump up. 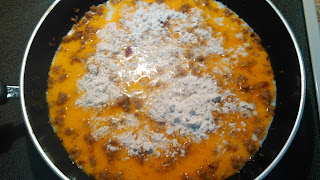 Keep stirring until it thickens. You turn down the heat so that you don't end up with a big meat filled pancake. If it starts to get to thick, add more milk. 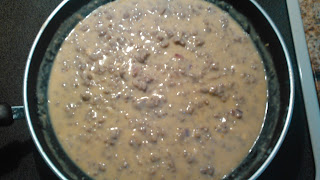 Now it is ready to serve. I serve it up on toast with a scrambled egg on top of that toast. 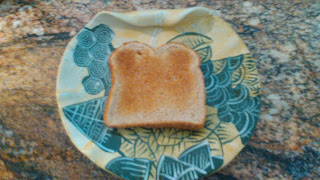 Lisa likes her egg over easy. 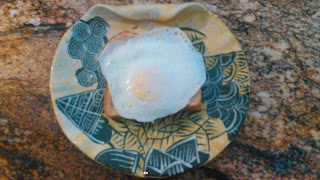 But you can do them almost anyway you want. Then scoop a healthy portion on top of the egg and toast and enjoy! 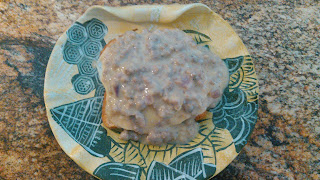 The critics agree that if this doesn't warm you up on a cold winters morn, you may want to check your pulse. 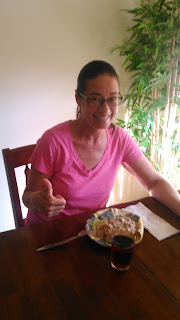 Next week I will show you how to make a grilled cheese sandwich. Stay warm where ever you are.
Posted by MNdrifters at 7:16 AM 10 comments: