As I sit here thinking about 2018 and looking out across a frozen lake covered with 13 inches of virgin white snow, it makes me wonder at the silent beauty before me. Until I step outside and the 30 mph wind hits you in the face and you start to shiver from deep down inside you. Your nose freezes up and a tear starts at the corner of your eye and freezes there. Then another gust of wind picks up some snow and immediately it goes down your jacket. I cough and sneeze and think about warmer times. When we leave Minnesota in the morning it will be -21 degrees. BRRRR!

I also think of how 2018 has ended for us. In the last 2 to 3 months, we have never had so many sickness'. Not only the  normal colds and flu's but many other sickness' that have literally knocked us on our butts. The Thanksgiving day flu that I had was a wonderful weight loss program for me. One that I really don't want to repeat.

We have been on the road now for over 4 years so we don't keep a budget anymore. We kind of know where we need to be financially and just try to keep a tab on expenses. Although this year would have blown the budget out of the water because we had three major purchases and many repairs to the truck and camper. Not to mention the amount of money we put into clearing our land in Minnesota.

It has been a busy year. We had the birth of our first grand baby. He is such a sweet little boy and as he grows up, I think that he will be a handful. We will definitely miss him until we get back in May.

Here are some photos of Lisa's year.


And now some pictures of my year.

With that we would like to wish everyone a Happy New Year. We think next year will be a good one with many adventures that I hope won't lead to divorce.

Christmas is upon us once again.

When we got to Wichita Falls, we had the hardest time figuring out this town. Usually we get our bearings pretty fast. Not here. For example. We needed to go to the Flying J Truck Stop. Mike gave us directions and to double check that we used Lisa's  phone to help us along. We would travel along and all of a sudden the phone would tell us that the GPS signal was lost. That's not good. That means I have to then rely on my navigator, who is Lisa. Needless to say we almost ended up in Amarillo when we figured it out. Another example. I would say that I am going to such and such a place. Easy peasy right? I would get back an hour or two later and someone would ask what took so long. I would then say sheepishly "I got lost". Things finally clicked and we could get around easily.

We have been running the Polar Express since Thanksgiving. It has been fun and the community really likes it. In fact it is becoming a local tradition for them.

Another tradition here in Wichita Falls is the Festival of Lights. It is on the campus of Midwestern State University. 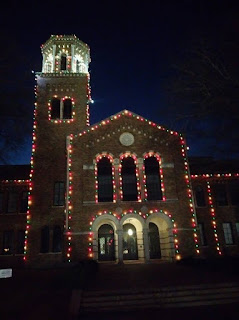 All of the University buildings are decorated.

The Festival of Lights is a collection of little dioramas lit up with sound and lights. You can walk around them. That also is very popular here. 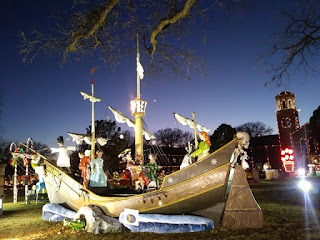 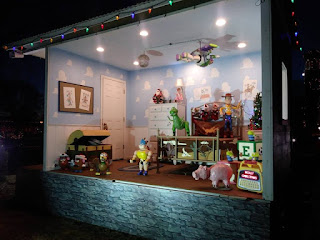 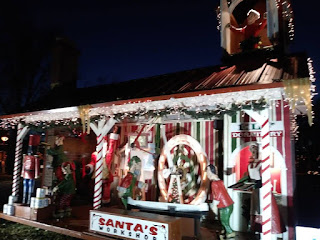 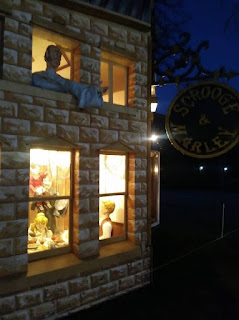 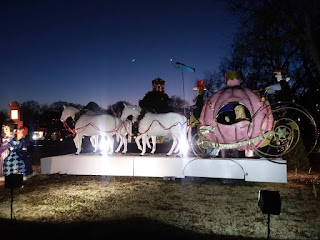 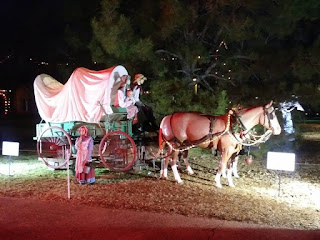 It has a small town feel about everything here. It is a nice community and we really enjoyed our time there.

Now we are up north spending time with family before we have to spend another winter in hot and sunny Florida. So Merry Christmas everyone.
Posted by MNdrifters at 10:27 AM 6 comments:

Ode to "The Beast"

When we decided to do this fulltiming life, we knew we wanted a fifthwheel camper.  That meant that we needed a big truck to pull it. Enter "The Beast". It was a 2009 Dodge Ram 3500 pick up. More than enough power to pull our camper. We purchased it in 2011 so it was used but in great shape.

When I bought the truck it was owned by a contractor so it had an aluminum topper and a ladder rack on it. I had to take those off so that we could put a fifthwheel hitch in it and I even had a snowplow for it. That thing would go thru some snow like it wasn't even there. It has taken us on many adventures over the years. 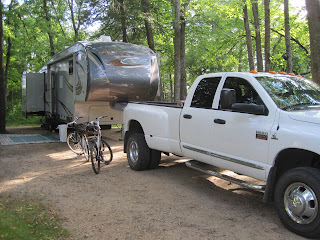 We found our first fifthwheel and it had no problem pulling that around the country for us. 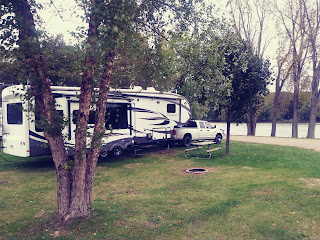 Then we found a bigger fifthwheel and again it had no problem pulling that around. 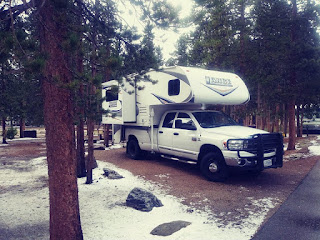 Then we added a 4,000 pound pick up camper and again it was no problem.

Next year it will be 10 years old. So we decided to retire "The Beast". Put it out to pasture to make lots of little "Beasts".

Enter our new "Beast of Burden". 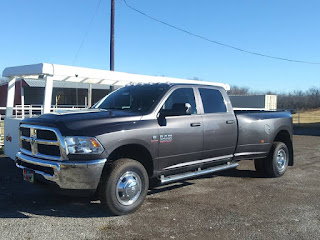 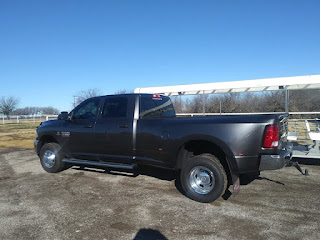 Now we have to decide on a new name for it. I like "Gandolf", after Gandolf the Gray. Lisa wants to call it after a book that really has inspired her life. She wants to call it "Fifty Shades" after Fifty Shades of Grey. Her mind is always in the gutter.

We will see what kind of adventures this new truck will take us on.
Posted by MNdrifters at 12:26 PM 6 comments: