We have been on the road for over 3 years now, after selling our house and most all of our possessions. "Living the Dream" so to speak, traveling and exploring. People would ask us if we ever planned to get off the road and settle down again and we have always said that we don't see that happening in the near future. Little did we know how fast things can change in a blink of an eye.

Which brings us to our new dilemma. With the passing of Lisa's father, we have found ourselves homeowners again. He had a very nice house in Florida which he left to Lisa and her sister Heidi. We were in Minnesota when he passed away and the house has been sitting vacant since June. He summers up in Minnesota because of the Florida heat. So we scrapped our plans for this winter and cancelled all of our commitments and headed south to take care of his estate. There was a hurricane and we wanted to check for damage and to just occupy the house. 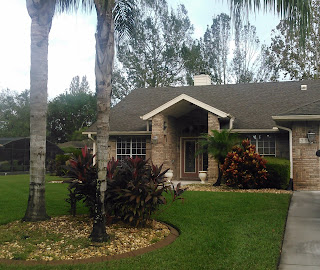 We got to Florida and walked into the house, which was a little weird. The last time we where there was in May and we had spent many good times with her dad all winter. Just walking into it the way he had left it 4 months ago was like I said, weird.

We really don't want to give up our lifestyle of traveling, and we don't want to get rid of his house. So that leaves us holding the bag to figure this out. For the time being we are turning in our membership for "full-timing" and getting a "part-timing" membership. The wheels of the legal system move very slowly here in Florida. So we have to take a "hurry up and wait" attitude to see how everything gets resolved.

So that is the dilemma we find ourselves in now.

A September to not Remember.

September has quickly come to an end. We are still in Minnesota which means the nights are getting cooler and the leaves are starting to turn some magnificent colors. Harvests are in full swing. Fall has always been one of my favorite seasons. All of the summer boat traffic is off of the lakes making them glass calm, except for the occasional duck or loon that floats by. In the sky you can hear a couple of geese fly by, honking some encouragement to each other.

However this fall is different. August 26th we got a call from Lisa's father. He was calling from the Intensive Care Unit in Fargo. Apparently he had fallen and his momentum carried him head first into a tree. It sounds like a funny joke, I know, but when Lisa got to the hospital and was told how extensive his injuries were, the laughing stopped. Possibly blood on the brain, 2 cracked cervical vertebrae in his neck, a cracked vertebrae in his upper back and a punctured lung. We couldn't believe it. All from a fall. He was in a neck brace and would need surgery.

The surgery was put on hold for a week because of the blood thinners he takes. They had to wait for them to get out of his system. So he spent a week flat on his back. He couldn't even see the TV. They say that being on your back for that long can do funny things to your mind. LaRay was no different. He was seeing things on the ceiling that weren't there. Trying to touch things in the air that weren't there. One day they asked him if he knew Lisa and he said that he thinks that he met her before but wasn't sure.

We would call the hospital every morning and then stop by for and hour or two each day before work. Each day he slowly digressed. We eventually quit our temporary jobs to devote as much time with him as we could.

To make a long heart-wrenching story short. LaRay was in the ICU for 19 days, battling to survive. But going into this, he had many strikes against him. Such as his age, his diabetes, his life long addiction to cigarettes and alcohol and his poor circulation. The hospital called a "Care Meeting" one day to discuss his treatment options. It hit us like a sledgehammer to find out that LaRay would never go home. That is not what we were expecting. That is not what he would want either.

So taking his wishes to heart we had to make the horrible decision to remove him from life support and to let his body do what it would naturally do. We never thought we would be put in a position to make a decision like that. Never would we have thought that this is how he would go. When they took him off of the ventilator, it was just a matter of minutes before he succumbed to the inevitable. I was there with Lisa and Heidi till the very end. It was very sad to see the life leave his body. Something that we won't forget for a very long time. 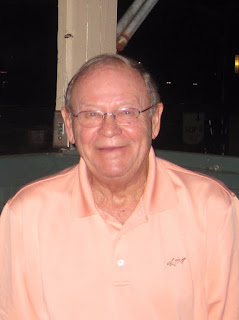 Now we are left to pick up the pieces and to to take care of what he left behind. Our lives have literally changed for us for the time being. We will have to see how this plays out.