Out of the Blue and High Flying Fun.

We decided to go to Ybor City on Wednesday to check it out. It is an area that has a lot of Cuban influence and we have heard some good things about it. We chose the Columbia restaurant. It has a rich history dating back to 1905.

Now it has grown to the size of a city block and has 15 dining rooms. It was very fancy because the waiters were in Tuxedos. We felt a little under dressed in our T-shirts and shorts. The food was very good. We both had Cuban sandwiches and I chose their 1905 salad. They toss it right at the table.

Just by chance I put it on Facebook that we were having lunch there and soon as I did I got a reply from a friend of mine. It said "Answer your phone". Oops, I had the volume turned off. Well, anyways it turns out that my roommate when I was in the Air Force (back in the 80's) had just gotten to town. He was in Apollo Beach just 20 minutes away. They flew in from Pennsylvania for a wedding and said we should stop by. So we did.
We met his friends and we got caught up a bit. Everyone was so very nice. Time ran out and they had to go check into their condo at Siesta Key. So it was a short visit but worth it.

Friday we went to "Sun n Fun" fly in air show. Thanks to our friends Mark and Kris who gave us some complimentary tickets. This was by far the largest air show that we have ever been to. There were so many planes and exhibits that it took us hours to walk through it before the flying demos began. I have been to air shows in the past but usually because I was working at them, never really enjoying the flying at all. So it was great to be able to just sit back and watch it. And to top it all off, the Navy's "Blue Angels" finished the show. What a performance. 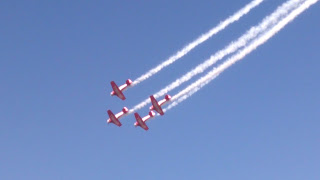 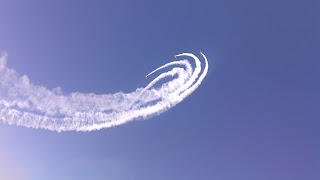 There was an area off to the side where small aircraft where doing flights. If it wasn't so windy that day I would have gone on one. I was really drawn to the gyrocopters. They really looked fun. 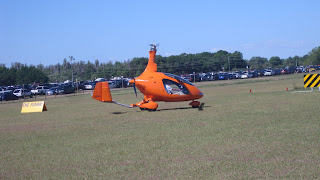 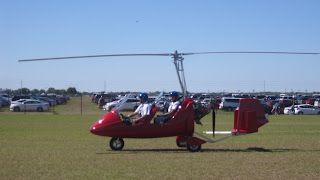 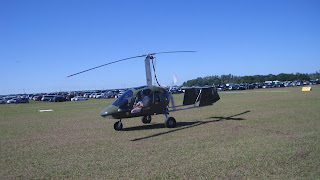 Coming from a military background I naturally had to check out the military planes. I didn't get a lot of pictures of them because our camera decided to go "Tango Uniform" on us. The ones I did get are a little fuzzy. Sorry. 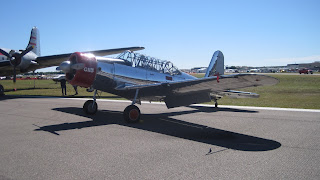 I was telling Lisa that being away from it for 9 years now, really made me miss being in the Air Force. I was a part of that for over 26 years after all. Watching the military demos was awesome.

It was a great show and if you ever get the chance it is worth going to.

We were hoping to be working at Sun n Fun but it just didn't work out. So for our work camping friends who may be in Florida next winter check this out. They have a work camping campground. It is all volunteer work. You work 24 hours each for your full hook-up spot. You work four 6 hour days(Mon.-Thur.) and you can do just about anything. Landscaping, carpentry, auto mechanics if you have the skills, painting and the list goes on and on. Your commitment is Jan. 15th to around April 15th or whenever the fly-in is over. We heard about this job from Mark and Kris who we met at Amazon. They even gave us a tour of the whole facility back in March. Thanks again Mark and Kris for the tickets to the air show and for the fun day we had.

April 8th, 1960 something. The day that changed the world as we know it. I got another year older. I didn't try to but it just happened. Thanks to everyone for the Birthday wishes. Next year though I could use cash. Keep that in mind.

Until the next adventure.