It's a Whole New World

As I think of that title, I can't help but think of Jasmine and Aladdin singing that song, soaring through the clouds. 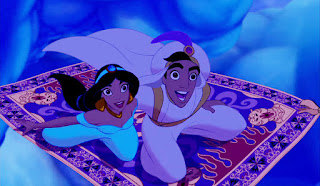 Then sadly I look outside. At the "whole new world" that we have going on today. We are put under house arrest for something that we haven't done or been found guilty of. I think we should declare 2020 a "do over".

We were in Disneyland in early February and at that time there was some talk in the news about the C-virus. No one knew how it was going to explode around the world. As the time went by and things started to escalate to where they are now, it became a scary new world. Running to the grocery store now could be a death sentence.

Since we are virtually homeless, I think that things for us need to change. In fact our new garage that we built in Minnesota is going to become our new house. We have decided to change our plans a little and incorporate a living quarters in it.

So we would like to declare to the RV world that we are changing our status from Fulltime RV'ers to Part time RV'ers. We have been on the road nearly 6 years now and it is time to settle down a little bit. We are going to hang onto our two campers for winter trips and summer trips because even though it has been 6 years, we still haven't seen everything.

The traveling started not to be as fun as it once was. That was maybe a good indicator to give it a break I guess. Also with the C-virus covering the entire country, we want a safe haven we can call our own. Who knows, I just might have to make it Zombie proof also.